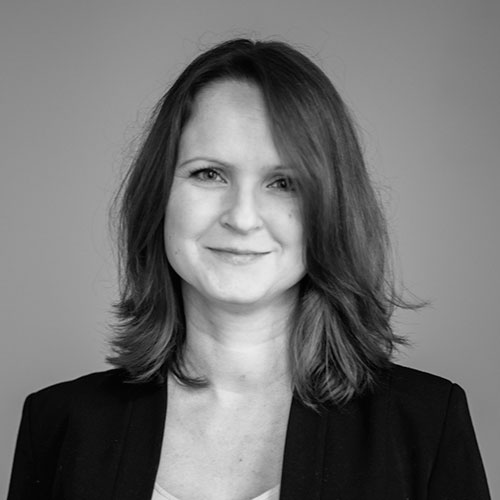 Graduate of the Faculty of Architecture at the Vienna University of Technology. Between 2004 and 2011 she worked in studios in Munich and Bratislava, since 2011 she has been an authorized architect, member of the Slovak Chamber of Architects. During her career in 2012 – 2017, as a scientific employee at the Department for Structural Design and Timber Engineering at the Vienna University of Technology, she focused professionally on sustainable processes in architecture. Together with professor Wolfgang Winter, she developed and introduced for the University’s study program an ecological module for the efficient use of natural resources in the construction of wooden and combined buildings in urban space, which includes seven thematically related subjects for master students, such as: ecological and economic planning and subsequent implementation, technical basics of designing structures, or highly efficient use of natural resources. Since 2014, as one of the architects of Cityscape and architectural tour, she has been accompanying both professionals and non-experts to the current demonstration architecture in Vienna, focusing on sustainable buildings. 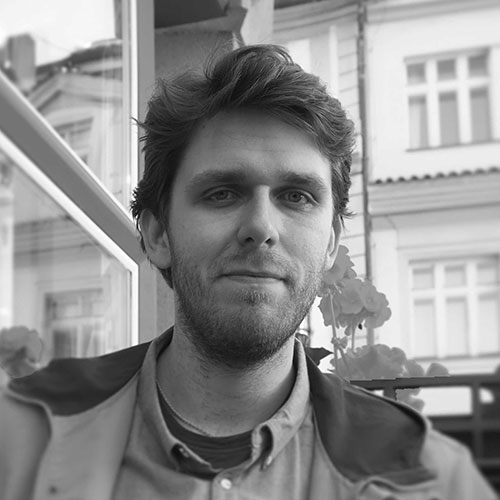 He graduated from the Faculty of Architecture at the Slovak Technical University in Bratislava, where he finished his studies with diploma thesis „Topic of panel housing“ under the leadership of Ing. Arch. Pavel Paňák. In his diploma thesis, he focused on the current potential of prefabricated housing in Slovakia, with an overlap to a concrete study of a prefabricated residential block in Karlova Ves. It became part of the first phase of the Deliver project, which examines the possibility of using sustainable and progressive methods in the renovation of panel housing stock. He is a member of the Deliver project team, member of the civic association Night of Architecture, which organizes under the Achtung the Night of Architecture, Manifesto or series of lectures named „how to “. He cooperates with architectural studio Cerberi s.r.o. and his father, the architect Ľubomír Hybský. 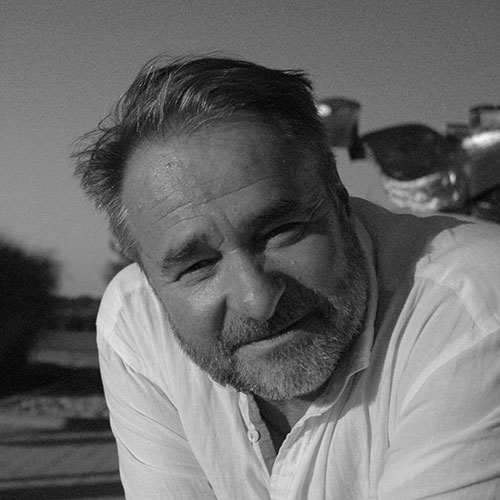 Graduate of the Faculty of Civil Engineering at the Slovak Technical University in the field of Building Constructions. He is a co-founder and member of the Institute for Passive Houses. He focuses on energy optimization, technology concepts for energy-efficient construction and measurement of airtightness of the building thermal envelope. Since 2005, he has been working as a consultant for passive houses, specializing in energy optimization using PHPP computing software. Graduate of distance education „Building and Environment” at the Faculty of Civil Engineering. He lectures at seminars and conferences organized by the Institute for Passive Houses. 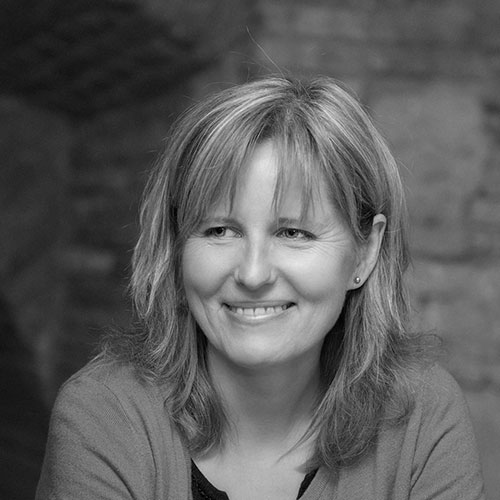 Ing. Zuzana Hudeková, PhD. graduated in landscape architecture at the current Mendel University in Brno and completed her doctoral studies at the FA STU in the field of urbanism. Within her work, she focuses on landscape and green infrastructure projects in the residential environment, environmental quality, sustainable development, urban biodiversity and adaptation to climate change in the residential environment. She works with several institutions and organizations at the national and international level. She is the author of STN 83 7010 Protection, maintenance and care of tree vegetation, a member of the author’s team of arboristic standards. She works as an expert in the Union of Town Cities of Slovakia for the Environment in the working group on Biodiversity, in the National Working Group for Adaptation to Climate Change of the MoE SR and in the Working Group of the Monitoring Committee for Support of Green Infrastructure Measures.

Mgr. Martin Šveda, PhD. works as an assistant professor at the Department of Regional Geography, Protection and Planning of the Landscape, Faculty of Natural Science, Comenius University in Bratislava. At the same time, he is also an independent researcher at the Geographic Institute of Slovak Academy of Sciences. In his research work he focuses mainly on suburbanization processes and their impact on the transformation of suburban residences. He also focuses on the monitoring of spatio-temporal patterns of population behavior through mobile network location data. 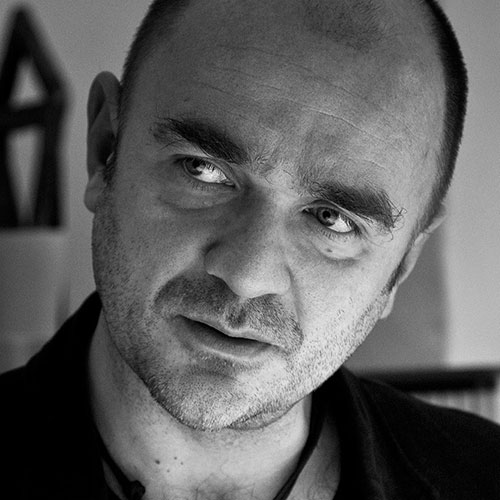 Architect Viktor Šabík, triple laureate of CE.ZA.AR award and holder of the Crystal Wing award, founded the BARAK architects studio in 1996 as an association of architects in Bratislava. Since 2004 the studio has been operating in Nitra. The working method of the studio is to investigate “Genia loci” in the processing of each assignment and discourse on the topic of critical architecture.

He has been a court architect of the manor house in Mojmírovce since 1996. The grounds of the manor house are gradually being adapted to the hotel and congress centre according to a pre-developed program. In 2004 the studio was selected for the European network project WONDERLAND – traveling exhibition in 9 European countries. In 2008, Barak architects were selected among the TOP 10 Slovak studios under 40 years by the Italian website newitalianblood. In 2009, the Swiss portal www.world-architects.com offered to the studio the opportunity to create a profile.

In 2013-2015 he worked as a visiting professor at the Faculty of Architecture in Bratislava. Since 2019 he is the chief city architect of Nitra. 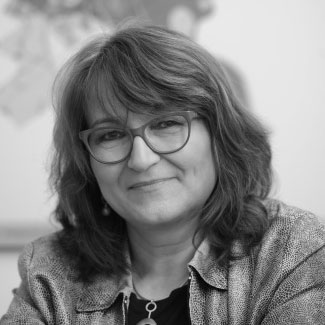 She studied architecture in Bratislava and Vienna, where she emigrated in 1986. After graduation she worked in Vienna in the architectural office of Ján Kočí and Thomas Feiger. Later she worked there at the Institute of Landscape Planning and lectured at the University of Vienna on the issues of architecture and public spaces. After returning to Slovakia she opened her private practice. Among other things, she also worked in the Commission for Spatial Planning in the Bratislava district of Vajnory. She has been Chief Architect since 2011. 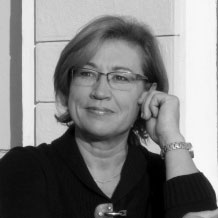 She graduated from the Faculty of Agronomy at the current Mendel University in Brno. After practice, in the urban studio of Stavoprojekt in Piešťany, state administration and education, where she taught gardeners specialized subjects, she found the studio for landscape design – AWE ATELIER Piešťany, which was established in 1993. She focuses mainly on public spaces, but also on historical, ecological areas, residential areas and green spaces of municipalities. In 2008, the CE.ZA.AR Architecture Award in the “Exterior” category was awarded to the Dubová River Revitalization Project, and in 2012 she received the „Building of the Year 2012“ Award for the complex renovation of the Apponyi mansion and park in Oponice. She was involved in the restoration of scouting in Slovakia, she has been cooperating with nature conservancy for several years and was on the Board of SZKT as a professional gardening platform and SKA for the profession of landscape architecture. 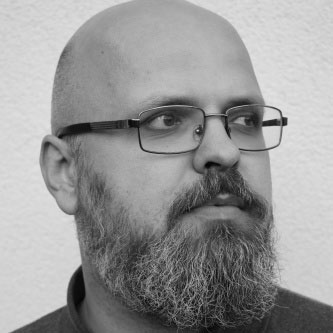 He graduated from the Faculty of Architecture at the Slovak Technical University in Bratislava. In 2012-2013 he worked as the Executive Director of the Slovak Green Building Council and between 2016 – 2019 he was head of Department of Territorial Development and Concepts in the city of Trnava. He has been interested in sustainable architecture, public spaces and the landscape for a long time and his favourite topics are mainly wooden buildings and adaptation of cities to climate change. At present, in addition to his architectural practice, he works as an architectural specialist at Saint-Gobain. 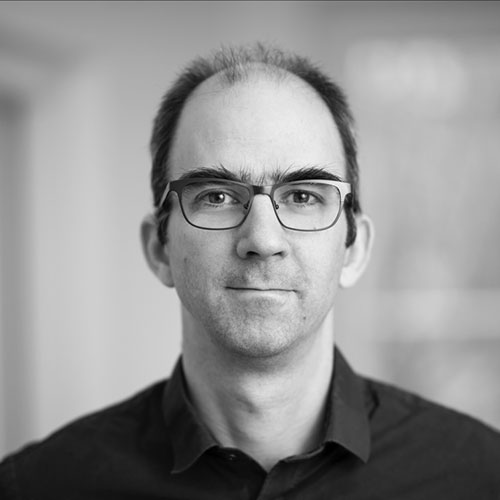 The presentation will focus on the challenge to achieve high energetic standards (certified Passive Haus) in an open design process with maximum user participation. The client set the goal to build a certified Passiv Haus and at the same time demanded a participative design process. The question of sustainability and its three key aspects (ecologic, social, economic) was the driving force for the design of the project. 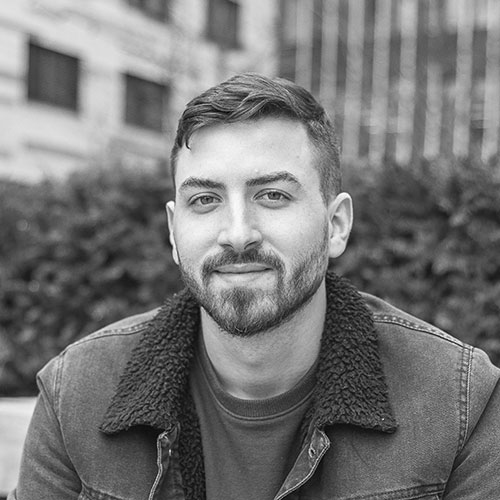 A graduate of the Department of Spatial Planning at STU. During his studies, he completed study stays in Sweden and Slovenia. He is currently working as a project manager on the latest Corwin project in Bratislava, Guthaus. 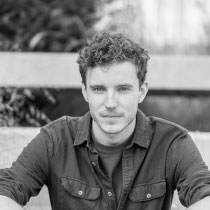 A graduate of the Spatial Planning Department at STU, during his studies he completed an exchange stay in England and an internship in India and Copenhagen, Denmark. He is currently working in a project team in Corwin to complete one of the greenest buildings not only in Slovakia. 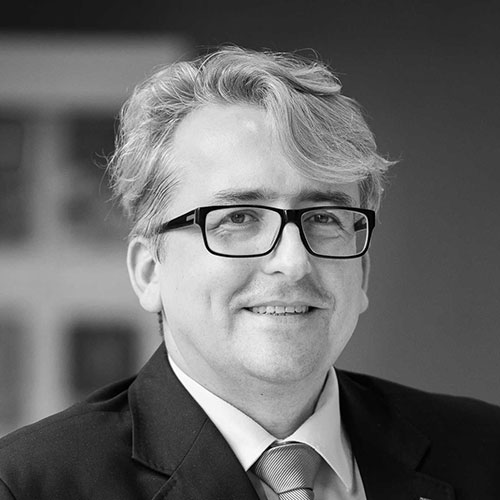 He graduated from the Faculty of Architecture of the Slovak Technical University, specialization Architecture and Urbanism. He is a co-founder of csModular – Czech-Slovak Association of Modular Construction. In the years 1999 – 2003 he devoted himself to designing abroad. Since 2002 he has worked for Skanska in Prague and Bratislava, gradually in the positions of an architect, project manager, director, member of the Board of Directors. Since 2013 he has been working for YIT Slovakia a.s. and currently holds the position of Director of the Business Development Division. As a member of the top management, he is primarily responsible for the overall development of business activities, especially in the field of acquisition of suitable projects and land, in urban development including strategic project preparation, and last but not least, in seeking and implementing innovations of various kinds. 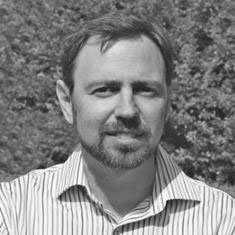 Graduated from the Faculty of Architecture of the Slovak Technical University in Bratislava. He specializes in the field of sustainability in construction and is an expert in the certification of passive houses in Central Europe. After his internship at the Passivhaus Institute in Darmstadt, he optimized and certified a number of projects using PHPP methodology. He works at the Institute for Passive Houses as its long-time member and vice-chairman of the association and at the Institute of Ecological and Experimental Architecture of the Faculty of Architecture STU. 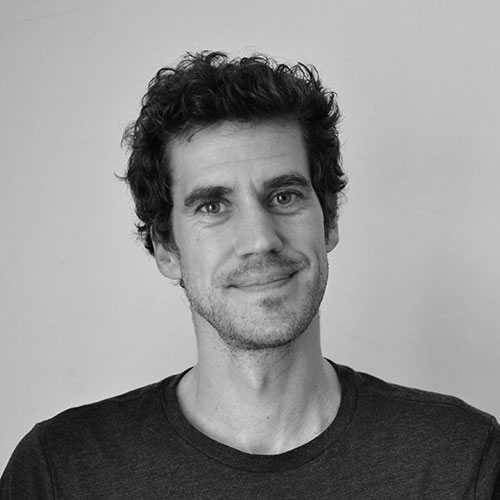 Roman Žitňanský is an architect and urbanist who graduated from the Faculty of Architecture in Bratislava and EA Lyon. In 2007-2014, he worked in Barcelona, where he gained experience in public building projects focusing on school buildings. In 2012 he founded, together with three other partners, the studio 2 + 2 ARCHITECTURE, with which he won several awards at international architectural and urban competitions. In Slovakia, he cooperated with renowned architectural studios (Gut Gut, Vallo Sadovsky, Compass) on interdisciplinary projects and competitions. He has worked as a teacher at international architectural and urban student workshops and collaborates with several architectural magazines. He is a member of the Chamber of Architects and a laureate of the ARCH 2019 Award. Since 2019 he has been working at the Metropolitan Institute Bratislava as Head of the Public Spaces Department. 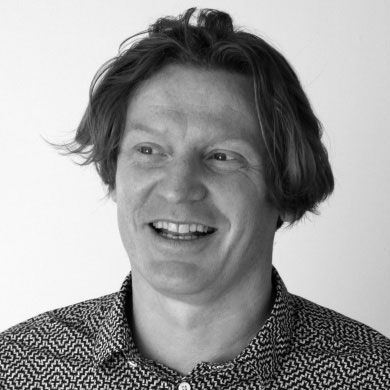 He graduated from the Faculty of Architecture at the Slovak Technical University in Bratislava and the Academy of Fine Arts and Design in Bratislava in the field of Architecture. He collaborated in the Aukett Europe studio in Prague and Bratislava. Together with his wife Michaela, they founded the Hantabal architects studio in 2009. In 2007 his project Podkolibská residential complex was nominated for the Dušan Jurkovič Award. In 2005 he was nominated for the CE.ZA.AR Architecture Award for his RD minimal project and in 2019 for the Na Varte residential complex and Villa Holubka. He won the CE.ZA.AR Award in 2011 with the Minergo residential complex project. The philosophy of his work is MINIMALISM. 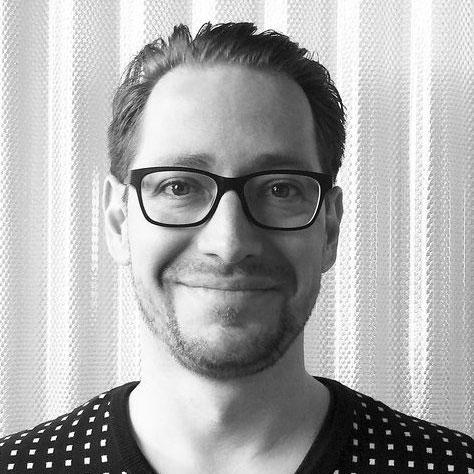 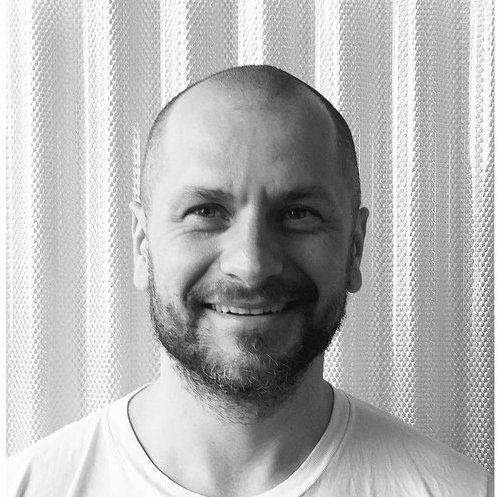 The founders of the TOITO architects in Bratislava together with Katarína Príkopská. The TOITO studio focuses mainly on the topic of housing, creates solutions in which it reassesses the reality of housing and strives to create a home that reflects the needs and dreams of users. Where there is a tendency to design, we look for architecture. Living outside the standard framework of space, budget, established relationships and ideas is the main theme of the TOITO studio. 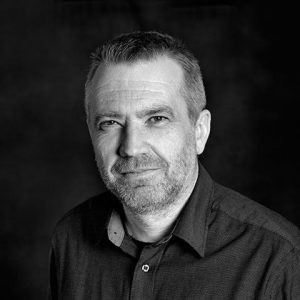 Originally an industrial designer, now an expert in energy passive houses. As Norwegian he came to Slovakia already in 1989 – before the revolution. Now he wants to promote another revolution in Slovakia – a passive standard. As part of the Createrra architectural study, he focuses primarily on professional issues related to passive standards and the use of natural materials in construction. His vision is affordable, high-quality passive houses built of natural materials. The Createrra Architectural Studio has ten years of experience in more than one hundred passive buildings. 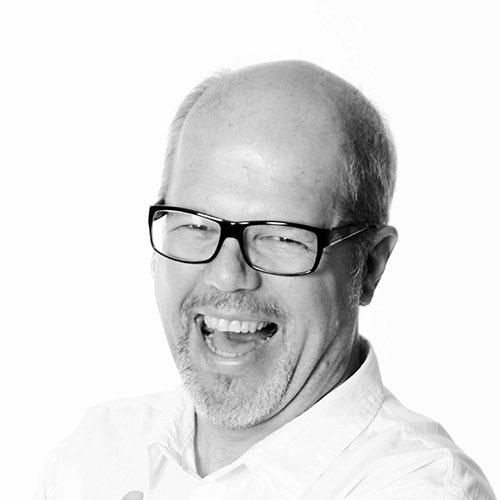 After 15 years of architectural practice, Pało decided to radically change his approach to design. Since 2009, he has been designing his projects exclusively in an ultra-low-energy and passive house standard. A wide range of buildings can be found in the portfolio of its architectural office, from interiors to industrial factories; from exhibition expositions to administrative buildings. Recently, he has specialized in family houses and timber construction buildings with success in both the domestic and international architectural scene.